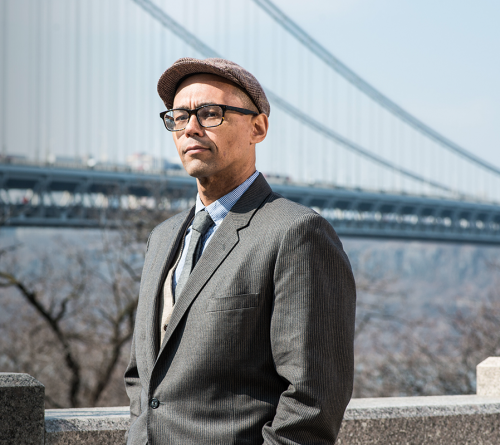 Biography
Victor LaValle is the author of the short story collection Slapboxing with Jesus, four novels, The Ecstatic, Big Machine, The Devil in Silver, and The Changeling and two novellas, Lucretia and the Kroons and The Ballad of Black Tom. He is also the creator and writer of two comic books Victor LaValle's DESTROYER and EVE.

He was raised in Queens, New York. He now lives in Washington Heights with his wife and kids. He teaches at Columbia University.

He can be kind of hard to reach, but he still loves you. 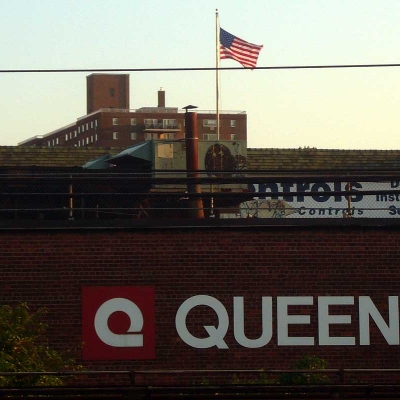 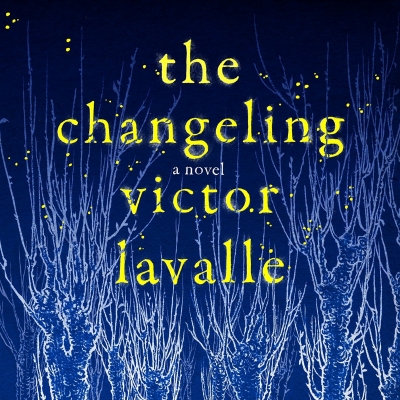 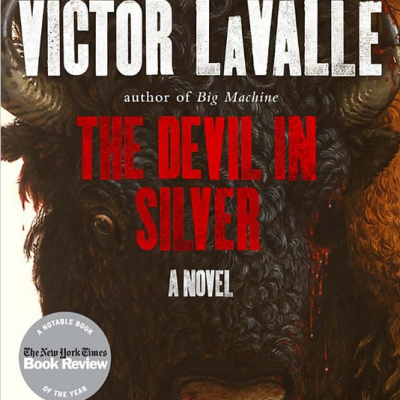 The Devil in Silver Accolades
2012 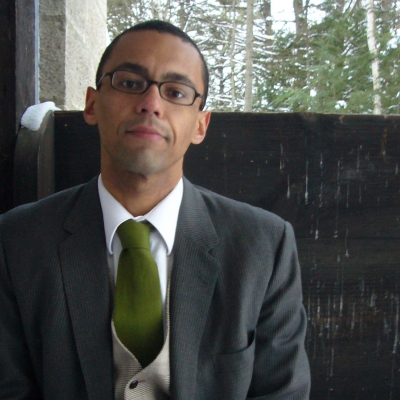 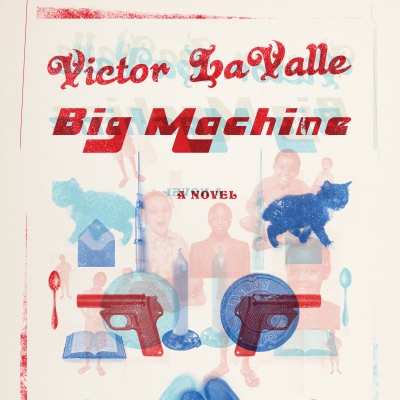 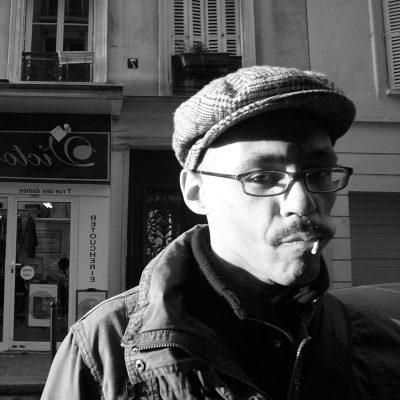 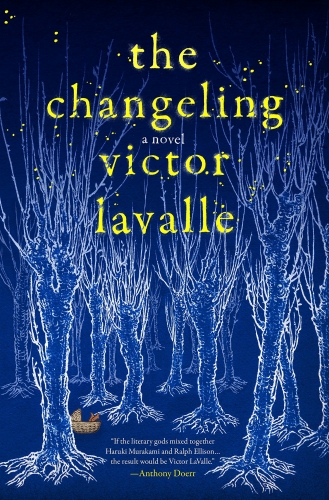 The Changeling
When Apollo Kagwa's father disappeared, all he left his son were strange recurring dreams and a box of books stamped with the word IMPROBABILIA. Now Apollo is a father himself—and as he and his wife, Emma, are settling into their new lives as parents, exhaustion and anxiety start to take their toll. Apollo's old dreams return and Emma begins acting odd. Irritable and disconnected from their new baby boy, at first Emma seems to be exhibiting signs of postpartum depression, but it quickly becomes clear that her troubles go even deeper. Before Apollo can do anything to help, Emma commits a horrific act—beyond any parent's comprehension—and vanishes, seemingly into thin air.

Thus begins Apollo's odyssey through a world he only thought he understood, to find a wife and child who are nothing like he'd imagined. His quest, which begins when he meets a mysterious stranger who claims to have information about Emma's whereabouts, takes him to a forgotten island, a graveyard full of secrets, a forest where immigrant legends still live, and finally back to a place he thought he had lost forever.

This captivating retelling of a classic fairy tale imaginatively explores parental obsession, spousal love, and the secrets that make strangers out of the people we love the most. It's a thrilling and emotionally devastating journey through the gruesome legacies that threaten to devour us and the homely, messy magic that saves us, if we're lucky. 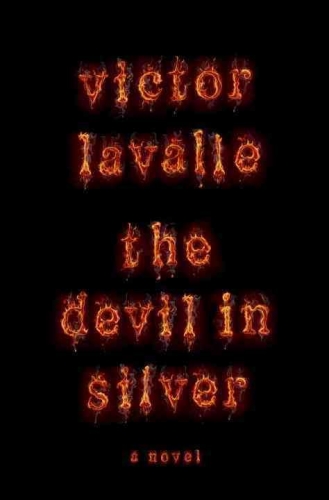 The Devil in Silver
Pepper is a rambunctious big man, minor-league troublemaker, working-class hero (in his own mind), and, suddenly, the surprised inmate of a budget-strapped mental institution in Queens, New York. He's not mentally ill, but that doesn't seem to matter. He is accused of a crime he can't quite square with his memory. In the darkness of his room on his first night, he's visited by a terrifying creature with the body of an old man and the head of a bison who nearly kills him before being hustled away by the hospital staff. It's no delusion: The other patients confirm that a hungry devil roams the hallways when the sun goes down. Pepper rallies three other inmates in a plot to fight back: Dorry, an octogenarian schizophrenic who's been on the ward for decades and knows all its secrets; Coffee, an African immigrant with severe OCD, who tries desperately to send alarms to the outside world; and Loochie, a bipolar teenage girl who acts as the group's enforcer. Battling the pill-pushing staff, one another, and their own minds, they try to kill the monster that's stalking them. But can the Devil die?

The Devil in Silver brilliantly brings together the compelling themes that spark all of Victor LaValle's radiant fiction: faith, race, class, madness, and our relationship with the unseen and the uncanny. More than that, it's a thrillingly suspenseful work of literary horror about friendship, love, and the courage to slay our own demons.

NPR Interview
In Victor LaValle's new novel, The Devil in Silver, a man is mistakenly committed to a mental hospital where a buffalo-headed monster stalks patients at night. 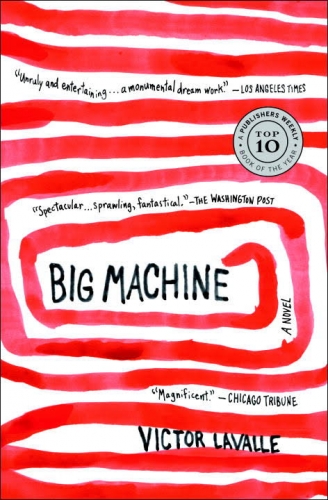 Big Machine
Ricky Rice is a middle-aged hustler with a lingering junk habit, a bum knee, and a haunted mind. The sole survivor of a suicide cult, he spends his days scraping by as a porter at a bus depot in Utica, New York. Until one day a letter arrives, reminding him of a vow he once made and summoning him to Vermont's remote Northeast Kingdom to fulfill it.

There, Ricky is inducted into a band of paranormal investigators comprised of former addicts and petty criminals, all of whom have at some point in their wasted lives heard the Voice: a murmur on the wind, a disembodied shout, a whisper in an empty room. All these may or may not have been messages from God. Their mission is to find the Voice—and figure out what it wants.

Big Machine takes us from Ricky's childhood in a matrilineal cult housed in a New York City tenement to his near-death experience in the basement of an Iowa house owned by a man named Murder. And to his final confrontation with an army of true believers—and with his own past.

Infused with the wonder of a disquieting dream and laced with Victor LaValle's fiendish comic sensibility, Big Machine is a mind-rattling mystery about doubt, faith, and the monsters we carry within us.

"If Hieronymus Bosch and Lenny Bruce got knocked up by a woman with a large and compassionate heart, they might have brought forth Big Machine. But it is Victor LaValle's peculiar, poetic, rough and funny voice that brings it to us, alive and kicking and irresistible." —Amy Bloom

NPR Interview
Man, A Latrine, A Bus Station And A Promise
"These are the opening elements of Victor Lavalle's new novel, Big Machine. The protagonist has a problem, but what's a man got to worry about if he's mopping floors for Trailways in Utica, New York? Guest host Jacki Lyden talks to LaValle, who some say writes like Thomas Pynchon, others like Ralph Ellison." 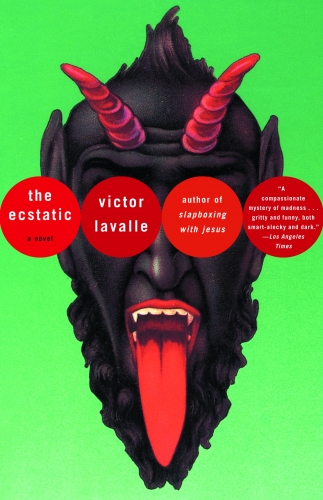 The Ecstatic
Anthony James weighs 315 pounds, is possibly schizophrenic, and he's just been kicked out of college. He's rescued by his mother, sister, and grandmother, but they may not be altogether sane themselves.

Living in the basement of their home in Queens, New York, Anthony is armed with nothing but wicked sarcasm and a few well-cut suits. He intends to make horror movies but takes the jobs he can handle, cleaning homes and factories, and keeps crossing paths with a Japanese political prisoner, a mysterious loan shark named Ishkabibble, and packs of feral dogs. When his invincible 13-year old sister enters yet another beauty pageant—this one for virgins—the combustible James family piles into their car and heads South for the competition. Will Anthony's family stick together or explode? And which, honestly, would be better?

With electrifying prose, LaValle ushers us into four troubled but very funny lives. The Ecstatic is a black comedy, in every sense. Harrowing and hilarious. The authentic portrayal of a mind at war with itself.

"A compassionate mystery of madness . . . gritty and funny, both smart-alecky and dark." —Los Angeles Times 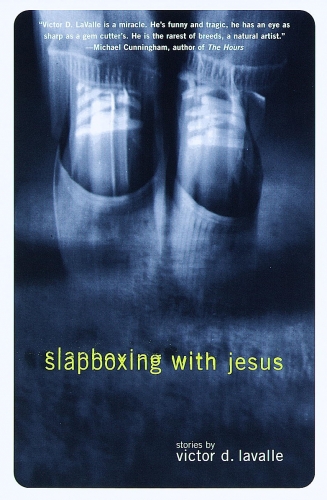 Slapboxing with Jesus
Twelve original and interconnected stories. Victor LaValle's astonishing, violent, and funny debut offers harrowing glimpses at the vulnerable lives of young people who struggle not only to come of age, but to survive the city streets.

In "ancient history," two best friends graduating from high school fight to be the one to leave first for a better world; each one wants to be the fortunate son. In "pops," an African-American boy meets his father, a white cop from Connecticut, and tries not to care. And in "kids on colden street," a boy is momentarily uplifted by the arrival of a younger sister only to discover that brutality leads only to brutality in the natural order of things.

Written with raw candor, grit, and a cautious heart, slapboxing with jesus introduces an exciting and bold new craftsman of contemporary fiction. LaValle's voices echo long after their stories are told.

"Victor D. LaValle is a miracle. He's funny and tragic, he has an eye as sharp as a gem cutter's. He is the rarest of breeds, a natural artist." —Michael Cunningham, author of The Hours

Site by exhibit-E®
Back To Top